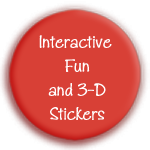 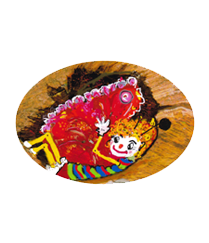 Willow is a dainty, girly butterfly who just loves anything pink. She dances all day from willow to mallow singing songs of the 80s. She spends her time looking in the mirror and putting fresh glitter on her wings. She learned that from her mother who was called a ‘Painted Lady.’ She is really a spunky, spirited butterfly and always plays dress-up. Her friends call her Lady-in-Waiting for Wing Wardrobes because she changes her outfits so often. She often wears gold, glittery accessories. She is sassy, really funny, confident and fearless but sometimes can be a bit loud and pushy. She never wants to go home and is game for everything and anything. She also loves to sing and act and has loads of friends. Willow has the official title of “Entertainment Director”.
Salvio: 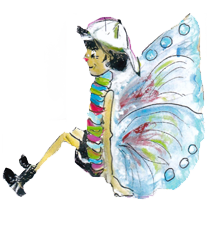 One October, Salvio’s Mom met a Monarch who had flown 2,400 miles to spend winter in the highest tree tops in the mountains of Mexico. Salvio morphed 3 weeks later from his cocoon. He is very fast, sporty and has loads of energy. He is absolute the best at flitting between milkweed and fennel to avoid a preying cardinal. He is also super confident, outgoing and likes to play, play, play but can be a bit cocky, too. He can be really funny and loves playing the guitar and writing songs. He is good at school, plays on the school’s tennis team and loves to go surfing with Spruce Jr. He is especially kind and easy-going and his friends named him “Butterfly Athletic Coach.”
Spruce Jr: 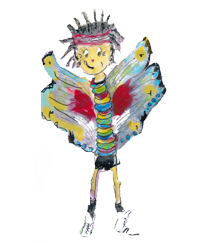 Spruce Jr. grew up in the Southern Climes but moved here from the Islands. His dad was a ‘Monarch’ and his mother a ‘Peacock,’ so it’s no wonder, he has such beautiful, colorful wings. He’s had dreadlocks his whole life. Even though his wings are so brightly colored and kind of loud with all the sparkling gold, Spruce Jr. is actually an introvert, a real thinker and kind of quiet. He loves to read. He is always sensible but tends to be bossy at times. He loves nature, is a vegetarian and only eats organic. He enjoys playing the guitar and drums and loves surfing. Spruce Jr. is continuously watching out that everyone is always eating healthy food. He has been named “Nutrition Director.”
Little Koa:
Little Koa is from Hawaii. His Mom’s name is ‘Kamehameha’ and his Dad goes by ‘U. Blackburni’. These families came from far over the ocean and settled in the islands of Hawaii. Koa is as cute as button but a bit helpless and clumsy. He’s had a cast a few times after playing sport. He doesn’t want to work hard at finding nectar every day. He likes to lie in the sun and play on his ukulele. He never asks for help but is so sweet that his buddies are always willing to give little Koa a hand. He’s actually quite shy, really smart and pretty independent. He’s a real good student at school and wants to be a medical scientist someday. He is the group’s “Computer Whiz and Navigation Director”.
Basil:
Basil’s family name is ‘Morphos.’ And although the Morphos usually have bright blue wings on top and dull brown on the bottom, Basil surprised everybody because he has drab brown wings on both sides – sort of like fallen leaves. Basil is actually an introvert, quite shy but really smart, sensible and responsible. He’s always been a great friend and learns things really quickly. He was always shy and sad about his “natural” looks but as he got older, he liked who he was and even found out that everything happens for a reason and has its advantages. He can hide from all the enemies in the Circle of Life, like frogs, spiders, lizards, ants, snails and birds by hiding in bushes and trees much better than others. He has a camouflage suit! He likes keeping his buddy pals safe and sound from all the “baddies” in their butterfly world. His job for the group is “Official Lookout and Director of Safety.”
Daisy and Lilly:

Daisy and Lilly are twins from New England. Their great-great-grandmother was from the ‘Skipper’ family and if you believe it, came over from England on the Mayflower that landed on Cape Cod in 1620. The ‘Skippers’ started the voyage as caterpillars hiding under boxes of tea. But the boat trip lasted a long 60 days and after 3 weeks of warm mornings and cool evenings, they could not disguise themselves anymore and they plopped out of their cocoons as butterflies. To avoid being discovered they kept their wings very dull in color. But over time, after years of sunshine and rainbows, the twins Daisy and Lilly evolved into beautiful brightly-colored creatures, one with pink dots and one with blue dots. The twins are very confident girls and like to socialize with friends. Daisy can be a little stingy at times and Lilly can be a bit snappy at times but they’re loads of fun They are really BFF-sisters. Daisy is really creative and loves to draw and Lilly loves animals and especially animals in the water; Daisy played the bass in a jazz band and Lilly played the clarinet. They’re “Co-directors of Fun and Happiness.”